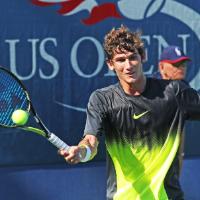 Although Lloyd Harris is still just starting on the pro tennis circuit, he already has 4 singles titles and 3 doubles titles under the belt. This youngster who started at the age of 4, played his first World Cup at the age of 10, he was the first ever South African to participate at the Youth Olympics, he participated in all 4 Junior Grand Slams and he made the Davis Cup team in 2015, to name but a few achievements in his tennis career.

Discover all of last week's tournament winners from all age groups and tier levels - on our signature single page format.

If you are a player featured in CoreTennis, you can get in touch with us to have more information and your pictures published on your profile